The mission of the Illinois Board of Examiners (ILBOE) is to protect the public interest by examining and certifying candidates who have met all educational and examination requirements for licensure in Illinois. The ILBOE awards the Certificate of CPA Exam Completion to a candidate upon passing the Uniform CPA examination and the AICPA Ethics course.  The Illinois Department of Financial and Professional Regulation (IDFPR)- regulates licensing, Continuing Professional Education and enforcement.

The ILBOE has had the responsibility of certifying completion of all educational and examination requirements for CPA candidates since 1903 and maintains its responsibility through an affiliation with Northern Illinois University.

Effective January 1, 1994, legislation was enacted amending the Illinois Public Accounting Act. The ILBOE was enlarged from five (5) members to nine (9) and absorbed the duties of the former Committee on Accountancy. An Executive Director and a Deputy Director of the ILBOE performed administrative functions of the University of Illinois at Urbana Champaign under the Illinois Public Accounting Act, as amended.

Legislation was passed in 2000, effective July 1, 2004, enlarging the ILBOE from nine (9) members to 11 (including two (2) public members). Members are appointed by the Governor of the State of Illinois rather than the President of the University.

Effective January 1, 2005, a candidate who passes the Uniform CPA examination must also pass an Ethics examination administered by the American Institute of CPAs (AICPA) in order to receive a CPA certificate. As of October 1, 2006, in order to hold oneself out as a CPA, a license is required.

Historically, approximately 10,000 CPA exam candidates take the examination each year. Of these, about 1500 examination candidates pass, are certified and receive certificates. 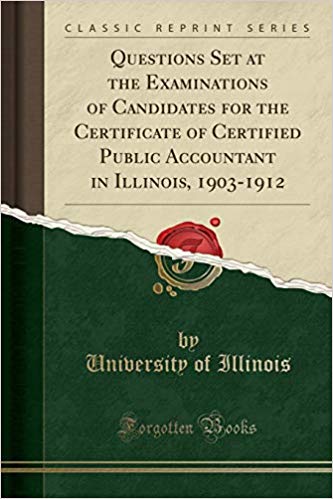 Not sure where to start? Click here for an overview of the application process.

The ILBOE has had the responsibility of certifying completion of all educational and examination requirements for CPA candidates since 1903 and maintains its responsibility through an affiliation with Northern Illinois University.

Sara holds a Bachelor’s degree in Accountancy from Southern Illinois University at Carbondale. She is the current Director of Risk Advisory and Forensic Services for Wipfli, LLP’s financial institutions practice. Previously, she has served as Chief Financial Officer (CFO) of The Leaders Bank, CFO and Treasurer of Pinnacle Banc Group, Inc. and Pinnacle Bank and as Senior Vice President and Controller at the Oak Brook Bank located in Oak Brook, IL.

Sara has 35 plus years of internal audit, accounting and reporting issues, enterprise risk management, asset/liability consulting and operational reviews experience with a concentration on financial institutions.